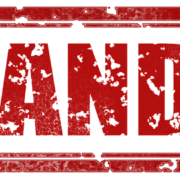 After the Paris High Court (TGI) in March 2017, the Paris Court of Appeal recognized, on May 17, 2018, the distinctive character of the Louboutin red sole.

In the shoe industry, many eagerly wait for a court decision establishing that a shoe sole color would not be protectable and could not be appropriate by a company.

For the record, schematically, an infringement of a trademark right can be characterized when consumers perceiving a sign believe that they are dealing with company A, when in fact it is an operation of a company B. But it is important that the sign in question be registered as a trademark in the relevant operating territory.

Applying this principle to the case of the red sole, it appears that the Court of Appeal rightfully recognized the distinctive character of this sole.

A similar decision was made in favor of Louboutin in the United States in 2012, according to which in essence, the trademark may be claimed unless the rest of the shoe has the same color.

To be followed up closely…