Today, there is no need to present the Nobel Prize, which is undoubtedly a reward of international significance. The prize was awarded for the first time in 1901, and aims to reward people who, through their inventions, discoveries and improvements, or their work for peace, have “brought the greatest benefit to humanity”.

Alfred NOBEL was born on October 21, 1833 in stockolm and died on December 10, 1896 in Italy. He was a chimistre and a weapons manufacturer by his armament company Bofors. Alfred NOBEL has filed more than 350 patents. The chemical element Nobelium has been named in his honor.

Alfred NOBEL was born to a family of engineers. His grandfather Olof RUDBECK (1630-1702) was one of the most famous Swedish scientists of the seventeenth century. His father Immanuel NOBEL was a Swedish engineer, architect and businessman who sold many inventions. He invented the plywood and made many inventions in the armament. These last inventions did not imply much success in Sweden, of peaceful tradition. As a result, the NOBEL family moved to Russia in 1838. Immanuel NOBEL founded a marine mining company, which will be taken over by Ludvig NOBEL, Alfred NOBEL’s brother.

At 18 years old Alfred NOBEL went to study Chemistry in the United States for 4 years and in Paris for 1 year. In a context where gunpowder remained the only powerful explosive for a long time, the discovery of nitrocellulose in 1846, followed by nitroglycerin in 1847 stimulated research. Back in Sweden, Alfred NOBEL devoted himself in 1862 to the study of a safe use of nitroglycerine. He founded the company KemaNobel (later AkzoNobel), and faced several failures resulting in several explosions some fesant deaths.

After several years Alfred NOBEL succeeded in making the use of nitroglycerine less dangerous and in controlling its power. He accidentally discovers that the mixture of nitroglycerin with an inert and absorbent solid, Kieselguhr (diatomaceous earth) gives good results. Transport is thus facilitated because the explosion requires the use of a detonator. The Nobel detonator and patented in 1865, dynamite is patented in 1867.

He also has a French laboratory where he invented, by chance, another explosive more practical than dynamite, ie: dynamite gum or “dynamite extra Nobel” or gelignite (blasting gelatin), composed of nitroglycerine (93%) and collodion ( 7%).

He acquired many properties including the old castle of Sevran in Seine-et-Oise (currently Seine-Saint-Denis) and the castle called “La Maison du Fayet”, a typical house of the eighteenth century.

Before the end of his life, he moved to Sanremo in Italy.

It was as a result of an erroneous publication of an anticipated obituary of a French newspaper mentioning “The merchant of death is dead.” Dr. Alfred Nobel, who made a fortune by finding a way to kill more people faster than ever before, died yesterday “, which pushed him to leave a better image to posterity.

In his will, Alfred NOBEL bequeaths almost all of his fortune for the creation of a fund whose interests will be redistributed “to those who over the past year have returned to humanity the greatest services” in five different areas: peace or diplomacy, literature, chemistry, physiology or medicine, and physics. This is how the Nobel Prize was born. The fortune left is 31.5 million Swedish krona of the time, which is estimated at 179 million euros.

The 2018 edition wants to honor women by giving them 3 prizes:

Donna Strickland for having revolutionized laser technology. Prize is shared with Arthur Ashkin and Gérard Mourou (former teacher of Donna Strickland).
Dona Strickland and Gérard Mourou have developed a “method of generating ultra-short and high intensity optical pulses”. According to the Academy, the three scientists have revolutionized the physics of lasers so that they can reaakize extremely small objects and incredibly fast processes. The possibilities are numerous in precision instruments in research and industrial and medical applications.

Nadia Murad who is an Iraqi human rights activist, goodwill ambassador of the United Nations for the dignity of victims of human trafficking.
She is awarded the Nobel Peace Prize with Denis Mukwege for their efforts to end the use of sexual violence as a weapon of war.

Inventing and discovering is bestowing substance to posterity. 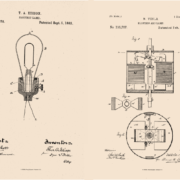 Lise MEITNER (November 1878 AT – October 1968 UK) is renowned for her work on radioactivity and nuclear fission, as well as the discovery of protactinium.

She received 48 nominations and 21 scientific awards for her work, including:

While studying in Vienna, she attended all courses taught by Ludwig Boltzmann and she studied articles published by Lord Rayleigh.

During her career in Germany, she oversaw the construction of a particle accelerator in the physics department, which she ran until 1938 in Germany.

As a jewish woman in the Hitler years, Lise MEITNER is first and foremost the symbol of unjustly ignored scientists, even though she was considered, secretly in her time, and publicly then until today as a pioneer in the discoveries of nuclear fission.

In 1938, Lise MEITNER was forced to flee from Germany, but continued her collaboration with her team, including Otto HAHN, by correspondence. For example, MEITNER and HAHN met illegally in Copenhagen in November 1938, and planned new experiments.
Otto HAHN conducted these experiments with Fritz Strassmann, and they showed that there is barium among the elements produced as a result of the bombardment of uranium with neutrons. Unfortunately, given the political situation, Lise MEITNER could not appear as co-author of the subsequent publication in Naturwissenschaften in december 1938, despite her major role in the conduct of this research.

The Nobel Prize for Chemistry was the awarded to Otto HAHN, much to the surprise of the scientific community, including Dirk Coster, a Dutch physicist who discovered Hafnium (Hf) (element 72) in 1923.

Lise MEITNER is said to have been the victim of what is known as the “Matilda effect”, namely the attribution of women’s scientific discoveries to their male counterparts.

Subsequently, Lise MEITNER received many honors, and was more recognized in the United States. She was a member of the Austrian Academy of Sciences and an honorary doctor of several universities.