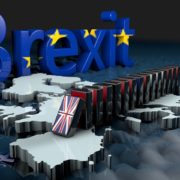 While objections to the BREXIT are raised with articles in the news, let’s review its impact on intellectual property rights.

There is much debate about the possibility for UK IP attorneys to represent their clients before the European Intellectual Property Office (EUIPO). This would represent an estimated turnover between 789 million and 1.7 billion pounds.

Even in the government, BREXIT is not unanimous. After his predecessor Jo Johnson in January 2018, the UK minister of science, research, invovation and intellectual property, Sam Gyimah resigned from Prime Minister Theresa May.

For the record, as already explained in this blog (link), BREXIT will have no impact on classical European patents. Let us recall here that Switzerland and Turkey are parties to the European Patent Convention. A mechanism similar to the Euro-Turkish patent and the Euro-Swiss patent will probably be applied for the United Kingdom.

As far as the trademarks and Designs of the European Union are concerned, the rights specifically cover the EU, thus a solution has to be found for these rights after BREXIT. The solution has been detailed in this blog (link) and essentially consists in generating a UK IP right corresponding to the EU IP right without additional examination.

Of course, SOTERYAH IP assists you in maintaining your UK and EU rights after the entry into force of BREXIT.

As you may remember, legislative changes that have been expected for decades are currently underway across the European Union, in order to establish what is now called the European patent with unitary effect (which we will abbreviate as “unitary patent”). .

The unitary patent is intended to implement a single title valid throughout the European Union and for which infringement disputes may be ruled ar an European scale, contrary to the “classic” European patent for which at the end of the procedure for grant, the right holder obtains several independent territorial rights, within the competence of eah national jurisdiction.

The prerequisites for the entry into force of the unitary patent and of the unified court are almost all achieved with the exception of the ratification of Germany where a constitutional problem has been raised.

In these circumstances, the impact of Brexit could have caused great upheaval, but the British government announced that Brexit will have no influence on the unitary patent as already presented in our posts. The agreement on the Unified Patent Court was ratified by the United Kingdom on April 26, 2018.

The most likely solution will be to get closer to what will happen for the EU trade mark after the Brexit, as already discussed in our brief concerning the agreement protocol of 19 March 2019 on the application of Brexit. As you may remember, the EU trade mark will become a comparable English mark and its validity will be linked to that of the EU trade mark.

It therefore appears that the likely outcome will be the following: the European patent with unitary effect will have effect in EU countries, and will be validated in a conventional manner in non-EU states that are party to the European Patent Convention such as already today Switzerland and Turkey, and later the United Kingdom.

On March 19, 2018, the European Commission and the United Kingdom published a new version of the withdrawal agreement for BREXIT.

The sections in green are those for which there is a formal agreement.

Article 50 and following concern EU intellectual property rights (governed by EU Regulations and registered/granted interallia by the European Union IP Office – EUIPO). As a reminder, BREXIT will have no impact on European patents (granted by the European Patent Office – EPO).

EU IP rights registered or granted before the end of the transitional period will become respectively comparable UK IP rights in force, without re-examination (Art. 50 (1)).

The invalidation or revocation of the firsts will affect the seconds (Art. 50 (3)). The costs to foresee for the applicants would not have yet been subject to a formal agreement.

To be monitored closely…